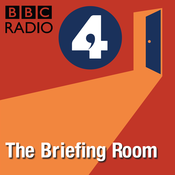 von
Powering Up The North
The government wants an infrastructure revolution in the north of England. David Aaronovitch looks at whether improving transport networks could reduce economic differences between the north and south. He talks to experts about how the Treasury judges whether a project value for money. And he considers which projects might be the best ones to pursue and whether we have the necessary skills to deliver them. Contributors Geraldine Scott, The Yorkshire Post Alasdair Reisner, Civil Engineering Contractors Association (CECA) Dr Marianne Sensier, University of Manchester Tom Forth, Open Data Institute, Leeds Paul Swinney, The Centre for Cities Producers: Rosamund Jones, Jordan Dunbar, Kirsteen Knight Editor: Jasper Corbett
Iran's Revenge
The killing of General Soleimani by the United States has led to uproar in Iran. Massive crowds have accompanied his coffin through the streets and he is now hailed as a martyr. Retaliation has started with a missile attack against US airbases in Iraq, led by The Revolutionary Guard (IRGC). David Aaronovitch examines the history and political clout of one of the most feared military organisations in the world. The IRGC's sphere of influence spreads deep into Iranian society and abroad too. What role will it play in what happens next and what impact will recent events have on US and Iranian foreign policy? Contributors: Ambassador Barbara Leaf, former US ambassador to the UAE and senior fellow at The Washington Institute for Near East Policy Aniseh Bassiri Tabrizi, research fellow at The Royal United Services Institute (RUSI) Ali Alfoneh, senior fellow at the Arab Gulf States Institute, Washington DC Azadeh Moaveni, senior analyst at the International Crisis Group Mehrzad Boroujerdi, Director of the School of Public and International Affairs, Virginia Tech. Producers: Rosamund Jones, Jordan Dunbar and Kirsteen Knight Editor: Jasper Corbett
News Review of the Year 2019
A look back at some of the big stories that hit the headlines in 2019. Jonny Dymond is joined by: Jennifer Williams of the Manchester Evening News Rory Sutherland of the Spectator and Ogilvy Group Helen Lewis of The Atlantic.
How Do We Get Brexit Done?
'Get Brexit Done' was the slogan that helped lead the Tories to an election victory - but how will that be achieved? It's the pressing task now facing government, but what might Brexit actually look like and how long could it take? David Aaronovitch considers the political and economic pros and cons of the different kinds of trading arrangements the UK and EU might end up with. Are the UK and EU both clear about their priorities and what might cause them to shift? And if we do sort out a trade deal, will Brexit be done or is there more to come? Contributors: Jill Rutter, UK in a Changing Europe Mujtaba Rahman, Eurasia Group David Henig, UK Trade Policy Project Katya Adler, BBC Europe Editor Peter Foster, Europe Editor of the Daily Telegraph Producer: Rosamund Jones Editor: Jasper Corbett
Middle East Youthquake
A wave of protests are sweeping through Iran, Iraq and Lebanon. Retribution in Iraq and Iran has been swift and savage, and hundreds of young people have been killed - but what lies behind the unrest? David Aaronovitch explores the common themes - unemployment, crony sectarianism, corruption and hopelessness. These were the issues that led countless thousands onto the streets in many middle eastern countries during the Arab Spring ten years ago. What lessons have governments and protesters learnt since then? The young people are hoping for sustained political and economic change this time. What chance is there of that happening? CONTRIBUTORS: Jeremy Bowen, BBC Middle East Editor Dr Lena Khatib, Head of the Middle East and North Africa Programme at Chatham House Michael Safi, International Correspondent, The Guardian Pesha Magid, Journalist Lizzie Porter, Journalist Producer: Rosamund Jones Editor: Jasper Corbett
Mehr anzeigen 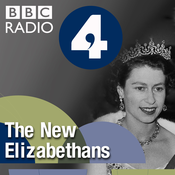 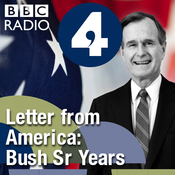