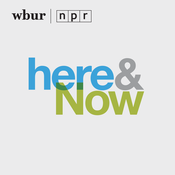 von
Remembering Kobe Bryant; Vacancy Taxes In U.S. Cities
Host Tonya Mosley talks with KPCC reporter Erick Galindo about Kobe Bryant's legacy and what he meant to the people of Los Angeles. Also, in 2019, approximately 12% of the nation's housing stock was vacant. Vacancy taxes are a new tool cities are implementing to ensure all available housing is used. But do they work? We discuss.
Avoid Making 'Dumb' Money Mistakes; Haiti's Parliament Dissolved
Taking on too much student loan debt is just one of the common mistakes seen by Jill Schlesinger, a certified financial planner. Schlesinger shares how to avoid the "dumb things" people do with money. Also, Haiti is now under one-man rule after its Parliament dissolved earlier this month — a result of failed elections last October. Host Tonya Mosley speaks to Jacqueline Charles of the Miami Herald.
Trump Floats Entitlement Cuts; Wetlands Protection Rollbacks
Trump floated possible budget cuts to social programs in an interview at the World Economic Forum in Davos this week. NPR's Jim Zarroli discusses the implications of those statements and what cuts to benefit programs, including Social Security, would mean. And, the Trump administration is rolling back federal protections for the nation's waterways, which could have a huge impact on more than half of the nation's wetlands.
Inside A U.S. Clothing Factory; Protests Against American Troops In Iraq
More than 95% of all American apparel is made overseas before it is sold in the U.S. As consumers demand more accountability, that number is starting to slowly change. But making clothes in America is still hard work. We go inside a Massachusetts factory to see how it's done. Also, thousands rallied in Iraq Friday to demand that U.S. troops leave the country. We get the latest from NPR's Jane Arraf in Baghdad.
Election Security Ahead Of 2020; New Hampshire Primary Poll
Election security experts say a wider range of aggressors could interfere in the 2020 election. NPR election security editor Phil Ewing joins us to discuss how federal and state governments are working to combat election interference. And, a new poll shows Bernie Sanders peaking ahead of the New Hampshire primary. WBUR's Anthony Brooks reports.
Mehr anzeigen 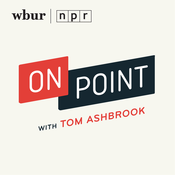 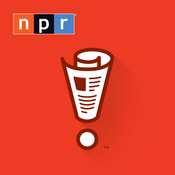