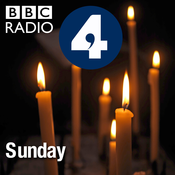 von
Australian wildfires; China's religious prison camps; a 12th C Monk's diet
Edward Stourton with the week's religious and ethical news.
The Spirituality of Bees; Celebration Earth and Ethical Veganism.
Farah Jarral looks at the spirituality of the Bee. Long before we understood the ecological importance of the bee, it was already a precious symbol for many faiths and communities for centuries. Against a back drop of horrendous fires and floods engulfing the parts of the world, Celebration Earth is being launched. It’s an invitation to community groups, faith groups and large organisations to come together to celebrate the earth and help combat Climate change. Emily Buchanan discusses this new initiative with the conservationist Martin Palmer; Dr Chetna Kang, psychiatrist and Hindu priest and Munadiah Aftab, climate change campaigner for Islamic Relief UK. Also legal expert Joshua Rozenberg looks at the implications of a landmark employment tribunal case which this week has ruled that ethical veganism is a philosophical belief and ethical vegans should be entitled to similar legal protections in the workplace as those who hold religious beliefs. Producers Carmel Lonergan Catherine Earlam Editor Amanda Hancox
The Mayflower - 400 years
In the autumn of 1620, 102 passengers set sail from England aboard the Mayflower. Many of those sailing were Puritans, looking for the freedom to practice their religious ideas. Others wanted a fresh start in the New World. The treacherous journey took 66 days and as the Pilgrims established their new colony they battled harsh winters, disease and internal dissent. As the 400th anniversary of the Mayflower’s journey is about to be commemorated, Emily Buchanan explores the Pilgrim’s journey, their relationship with Native Americans and discovers how their political and religious beliefs helped shape modern America. Producers: David Cook Dan Tierney Series Producer: Amanda Hancox
Christians in Bethlehem; New Archbishop of York; Catholic Abuse law change
As we approach Christmas, Emily Buchanan has been to Bethlehem to speak to the Christian community living there. The new Archbishop of York, Rt Rev Stephen Cotterell joins Edward Stourton live to to talk about his plans for his new role. Sue Peart was the Editor of the Mail on Sunday YOU magazine but in 2018 she stepped down from her post and a few months later her mother passed away. Struggling to cope, Sue kept the Samaritans number by her bedside “just in case”. When her life got back on track she decided to volunteer for Samaritans. She talks about the challenges of manning their phones at Christmas. For 37 years, Sir Stephen Cleobury was musical director of one of the world’s most famous choirs - King’s College, Cambridge. He died recently and the Sunday programme pays tribute to his work. Producers: Rajeev Gupta Louise Clarke-Rowbotham Editor: Amanda Hancox
Two Popes, A Green Christmas, and God and the Election
Director Fernando Meirelles discusses his film The Two Popes. The role that religion played in the election has been described as unprecedented and worrying. Edward Stourton hears why with journalist Sunny Hundal and author Ben Ryan. And how to have a green and sustainable Christmas. Producers: Catherine Earlam Carmel Lonergan Series Producer: Amanda Hancox
Mehr anzeigen