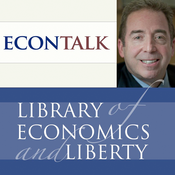 von
Adam Minter on Secondhand
Journalist and author Adam Minter talks about his book Secondhand with EconTalk host Russ Roberts. Minter explores the strange and fascinating world of secondhand stuff--the downsizing that the elderly do when they move to smaller quarters, the unseen side of Goodwill Industries, and the global market for rags.
Melanie Mitchell on Artificial Intelligence
Computer Scientist and author Melanie Mitchell of Portland State University and the Santa Fe Institute talks about her book Artificial Intelligence with EconTalk host Russ Roberts. Mitchell explains where we are today in the world of artificial intelligence (AI) and where we might be going. Despite the hype and excitement surrounding AI, Mitchell argues that much of what is called "learning" and "intelligence" when done by machines is not analogous to human capabilities. The capabilities of machines are highly limited to explicit, narrow tasks with little transfer to similar but different challenges. Along the way, Mitchell explains some of the techniques used in AI and how progress has been made in many areas.
Kimberly Clausing on Open and the Progressive Case for Free Trade
Economist and author Kimberly Clausing of Reed College talks about her book Open with EconTalk host Russ Roberts. Clausing, a self-described progressive, argues that the United States should continue to embrace free trade but she argues for other interventions to soften the impact of trade on workers and communities.
Joe Posnanski on the Life and Afterlife of Harry Houdini
Journalist and author Joe Posnanski talks about his book, The Life and Afterlife of Harry Houdini, with EconTalk host Russ Roberts. Posnanski explores the enduring fame of Houdini who remains an iconic cultural figure almost a century after his death. Topics discussed include the nature of celebrity, the nature of ambition, parenting, magic, and the use of public relations to create and sustain reputation and celebrity.
Binyamin Appelbaum on the Economists' Hour
Journalist and author Binyamin Appelbaum of the New York Times talks about his book, The Economists' Hour, with EconTalk host Russ Roberts. Appelbaum blames the triumph of free-market ideology for the rise in inequality and the decline in growth rates over the last half-century. The result is a lively, civil conversation about the economic events over that time period and the role of economists in changing economic policy.
Mehr anzeigen 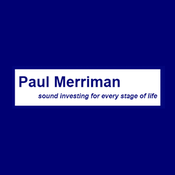 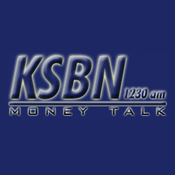